Skip to content
As long as I can remember I have had a strong “Yearn to learn”.  Learning to cook has been a recent passion. My journey of cooking with rum started when I was lucky enough to inherit my Grandfather’s journals full of recipes. Until then I thought of rum as something to be enjoyed while sipping cocktails or playing pirate. Cooking with rum opened up a seemingly endless world of possibilities for me with that incredibly versatile nectar of the gods.
When I  think of using rum in cooking words come to mind like savory, mellow and deep. I hesitate to say “sweet” because it is NOT like simply adding a few spoons of sugar to a dish. It is a more adult, more complex definition of the word. Again, thanks to Grandfather, other words pop in like tropical, exotic, and sexy. The right rum at the right time can add new dimensions to everything from pan-glazed pork to delicate seafood dishes. It adds depth, enhances, and mellows flavors the same way herbs or spices might with foods, but with more a more subtle sophistication.
I have adopted an important habit with using a new rum in the kitchen –  Taste test first! .  A cheap tasting rum doesn’t magically change when it joins with food.  The results can be bitter. As a general rule aged and dark rums are ideal when cooking dishes with strong flavors such as beef stews or pork, while white rums are often used for cooking seafood or poultry. In my cooking, I decided to stick with a dark, rich rum like Cruzan Black Strap. So far it has worked wonderfully with everything.
I stay away from spiced or flavored rums because the combination of flavors in them hasn’t worked with what I cook. I understand they are great with baking, but that’s not what we’re here for, now is it? Maybe as I become better educated with cooking it will change, but for now, the Black Strap works best.
I recently read a good article that echoes those same ideas. Angel Roque, the executive chef of Cuba Libre Restaurant & Rum Bar in Washington, D.C.is quoted in the article as saying:
“Aged rum, he says, lends caramel notes to dishes, while white rums can give a pleasing alcohol bite, and spiced rum is a no-brainer for cake. No matter the style, pick a high-quality brand, as cheap hooch will make dishes taste bitter. Sip some before dousing recipes or mix it into a cocktail set next to your mise en place. Vetting the bottle assures both quality control and a happy chef. But you don’t always have to burn off all (or any) of the alcohol. “I also use rum when sautéing dishes with short cooking times,” says Roque, noting that “all the flavors remain in the sauce and it gives a different and unexpected aroma.” If you want to use the spirit in a cold sauce or dressing, start with just a few drops until you get the flavor you’re looking for. Of course, the complexity of an aged rum makes for a robust paste used to marinate pork or chicken. Roque’s recipe incorporates some of the notes inherent in the spirit (brown sugar, orange zest, cinnamon) and others that are synergistic (ancho, cumin, coriander, jalapeños).
Searing a ham steak, then making a sauce by using the rendered fat to sauté chopped fresh ginger and garlic, deglazing the pan to release those delicious bits and adding molasses to taste.
When you’re working with hearty proteins like short ribs or beef that you plan on stewing for a long time, you can treat rum just like you would wine,” he says. “The rum melds with the juices of the meat to develop incredible flavor.”
https://www.liquor.com/articles/cooking-with-rum/#gs.kit2e6
I am very open to new ideas and suggestions as well as general comments on my posts. Please feel free to use the form below and drop me a line. I’d love to hear from you!
Meanwhile, back to my research. 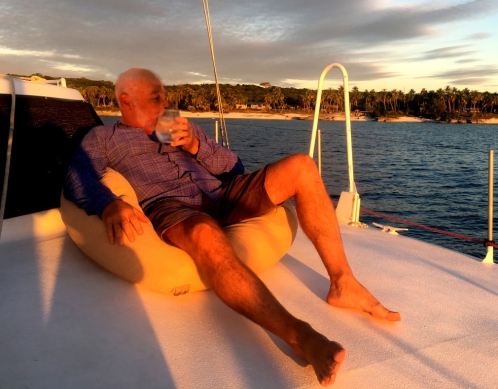